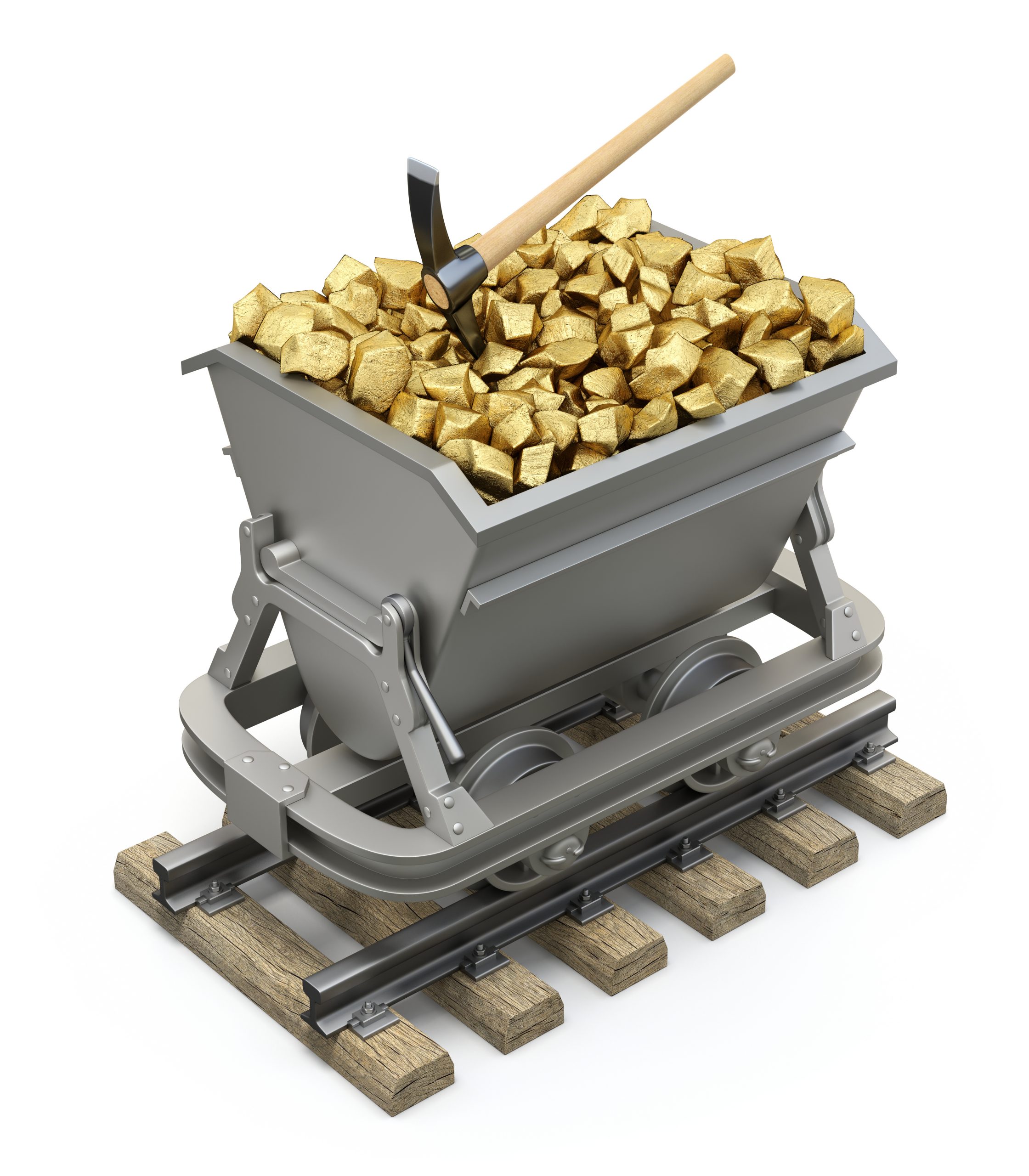 Gold is one of the most popular minerals, known for its value and special properties throughout human history. Most of the natural Gold specimens that have been found since early times have been smelted for production. Therefore, nice specimens are worth much more than the standard gold value. As a matter of fact, only recently have more specimens been available to collectors, as more miners have been saving some pieces for the collectors’ market.

A mineral and metal

In classification, Gold is one of the few elements that is also a mineral. It is a dense, soft, and malleable metal with a bright metallic yellow color. A mineral that is one of the least reactive chemical elements. It is an excellent conductor of electricity. Gold is one of the heaviest minerals. When pure, it has a specific gravity of 19.3. Due to its weight, it can be panned because the Gold sinks to the bottom. More importantly, gold is also the most malleable and ductile substance known. A single gram of gold flattens out into a sheet of 1 square meter. Gold is also one of the most resistant metals. It won’t tarnish, discolor, crumble, or be affected by most solvents.

Gold occurs (1) in a solid solution series with the native element silver (as electrum), (2) naturally alloyed with other metals like Copper and Palladium, and (3) as inclusions within other minerals such as pyrite. Sometimes, it occurs in minerals as gold compounds, often with tellurium (gold tellurides). Gold in its natural mineral form almost always has traces of silver and may also contain traces of copper and iron. A Gold nugget is usually 70 to 95 percent Gold, and the remainder mostly silver. The color of pure Gold is bright golden yellow but the greater the silver content, the whiter its color.

This mineral belongs to the Isometric Crystal System. Octahedral, dodecahedral, and cubic crystals will occur but they are not common and often distorted. Dendrites, wires, nuggets, encrustations, and small flakes are the more common forms. Crystals are often stacked into elongated groups and may form in lines or patterns, especially in a herringbone
formation. Spinel twinning in groups of small crystals is a well-known habit.

Remarkably, this metal is resistant to most acids, though it does dissolve in aqua regia. Gold will dissolve in mercury (forming amalgam) and in alkaline solutions of cyanide, notable in mining and electroplating production.

Moreover, Gold occurs in significant amounts in three main types of deposits: (1) in hydrothermal quartz veins in metamorphic and igneous rocks; (2) in volcanic sulfide deposits; and (3) in placer deposits. It may also occur in contact with metamorphic or hypothermal deposits, or epithermal deposits such as volcanic fumaroles. Interestingly, this mineral is often found as disseminated grains in quartz veins. The veins with pyrite and other sulfides or as rounded grains, flakes, or nuggets in placer deposits in the stream and river deposits. Gold panning from such deposits by taking advantage of its high density to wash away the lighter sediments from a pan or sluice.

For instance, the world usage of new gold produced is about 50% in jewelry, 40% in investments, and 10% in industry. The mineral’s high malleability, ductility, resistance to corrosion and most other chemical reactions, and conductivity of electricity enable its use in corrosion-resistant electrical connectors in all types of computerized devices. It is notable within infrared shielding, colored-glass production, gold leafing, and tooth restoration. Certain gold salts are key as anti-inflammatories in medicine.

Notable Localities: To clarify, his discussion will be limited to only localities where noteworthy specimens have made their way to collections.

Australia has the famous occurrences of Kalgoorlie, Western Australia; and the Bendigo area, Victoria. An odd occurrence from a country with few known mineral deposits is the Porgera Mine, Enga Province, Papua New Guinea. In addition, the Pacific Island of Fiji is also known for its production of Gold in the Emperor Mine, Viti Levu.

Famous in the United States

In addition, in the United States, the most famous Gold producing states are California, Nevada, Colorado, South Dakota, and Alaska. California, home to the Gold rush in the Sierra Nevada Mountains has a number of notable specimen localities: The Eagle’s Nest Mine, Placer County; Placerville, El Dorado County; Grass Valley and the Red Ledge Mine, Nevada County; the Colorado and Mockingbird Mines, Mariposa County; and the Sixteen-To-One Mine, Calaveras County.

Consequently, two famous Gold regions in Nevada are the Round Mountain Mine, Nye Co., and the Olinghouse District, Washoe Co. Colorado has well-known localities in the Dixie Mine, Clear Creek County; Breckenridge, Summit County; and Cripple Creek, Teller County. Alaska has many placer deposits in the streams and rivers. A few of the names that are familiar are the Kenai Peninsula District; the Valdez Creek District; the Hatcher Pass District; the Caribou Creek District; and the Petersville District. The state of Alaska has preserved many of these historical placer deposits for public recreational mining.

For more information, check out mindat.org, our other mineral articles, and join our Facebook community.