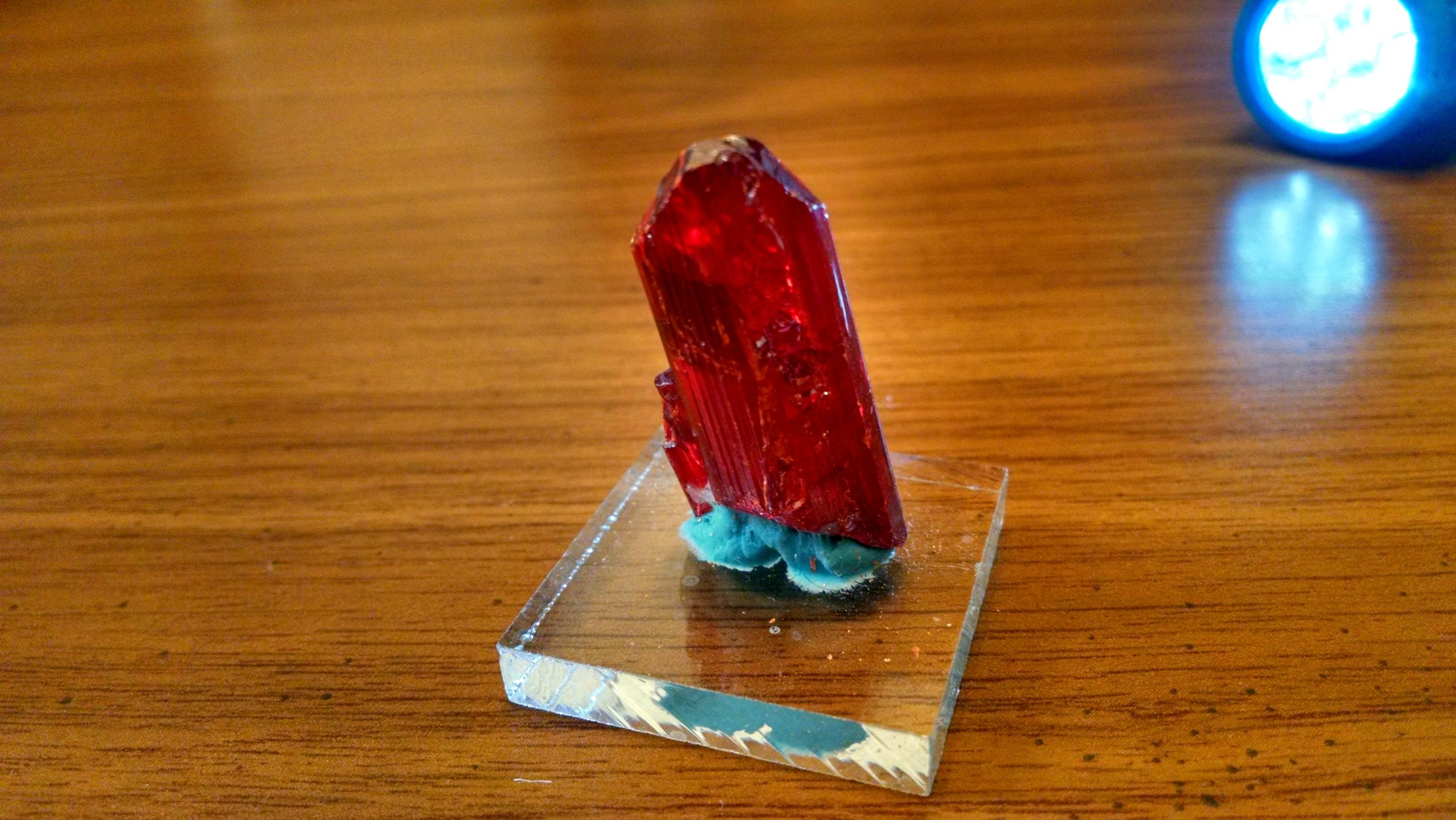 Cinnabar – The beautiful mineral of Mercury

Cinnabar [HgS] is the chief mineral composed of the element mercury and is a very important ore mineral. Though most Cinnabar is massive and uninteresting inhabit, several localities produce phenomenal and strikingly colored red crystals that stand out with beautiful contrast on top of a white matrix. Cinnabar is occasionally associated with Native Mercury, in the form of small metallic blobs perched on top or within cavities of the Cinnabar. Since Cinnabar is composed from mercury which has various health hazards, it is recommended to wash hands after handling Cinnabar specimens.

Cinnabar is generally found in a massive, granular or earthy form and is bright scarlet to brick-red in color. It occasionally occurs in crystals with a non-metallic adamantine luster. Cinnabar has a rhombohedral bravais lattice and belongs to the hexagonal crystal system, trigonal division. Its crystals grow usually in a massive habit, though they are sometimes twinned. The twinning in cinnabar is distinctive, and it forms a penetration twin that is ridged with six ridges surrounding the point of a pyramid. It could be thought of as two scalenohedral crystals have grown together, with one crystal going the opposite way of the other crystal. The hardness of cinnabar is 2–2.5 on the Mohs scale, and its specific gravity 8.1.

Environment: Generally, cinnabar occurs as a vein-filling mineral associated with recent volcanic activity and alkaline hot springs. Cinnabar is deposited by epithermal ascending aqueous solutions (those near surface and not too hot) far removed from their igneous source.

Localities: The finest Cinnabar crystals in the form of intensely-red bright transparent crystals come from China at Tongren, Guizhou Province, at the specific deposits of Wanshan, Yanwuping, and Yunchangping. Similar crystals occur nearby at the Chadian mine near Fenghuang, Xiangxi, Hunan Province.

Almaden, Ciudad Real, Spain, is probably the most historic (as well as one of the most important) localities for Cinnabar. Specimens from that locality usually massive, but crystals have also been found, and it has also produced specimens in association with small Native Mercury blobs. Other important deposits include Idria, Slovenia; Rudňany, Slovakia; Nikitovka (Horlivka), Donets’ka Oblast, Ukraine; and Chauvai, Alai Range, Kyrgyzstan. In Mexico, a classic locality is Charcas, San Luis Potosí.