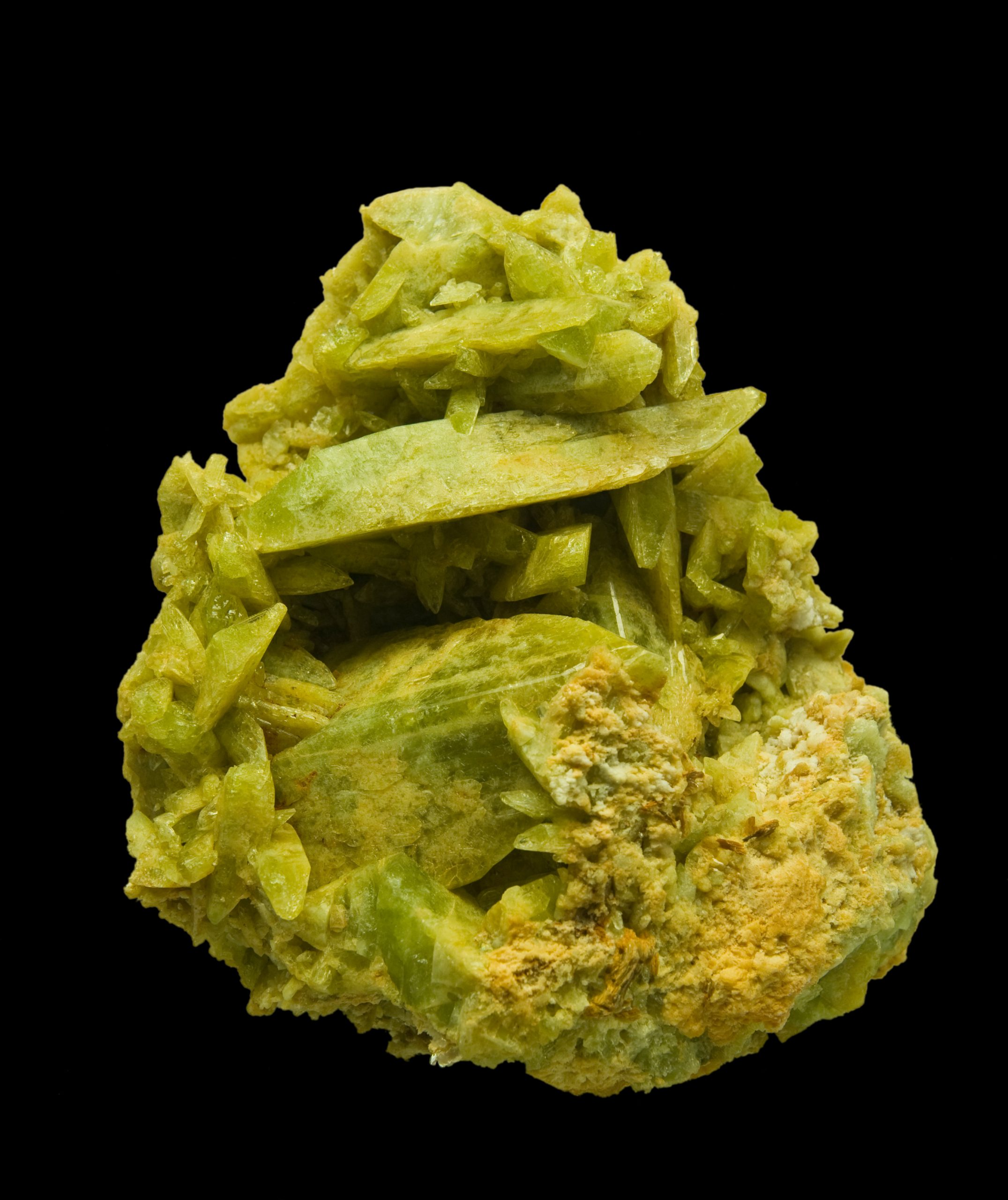 Brazilianite is a relatively rare hydrous sodium aluminum phosphate mineral. Considered one of the only phosphate minerals as a serious gemstone. Named by Frederick Harvey Pough and Edward Porter Henderson in 1945 for the country, Brazil, where it was first found. Brazilianite’s yellow to green colors make it a must for gem collectors. Large, faceted stones are often flawed, but smaller cut gems can make beautiful jewelry pieces. Clean faceted gems over 15 carats are a great rarity. They also make stunning crystal specimens.

Brazilianite belongs to the Monoclinic Crystal System, Prismatic Class. Brazilianite is typically occurring in phosphate zones of granite pegmatites. It is discovered within the cavities of pegmatite where quartz, beryl and mica are found. Crystal habits include complex short prismatic and wedge-shaped crystals that seem to lack any symmetry. Crystals are a common habit.

Hardness is 5.5 on the Moh’s Scale. Specific gravity is 2.98. Luster is vitreous to greasy. Tenacity is brittle. When heated, Brazilianite loses it yellow color and becomes colorless. Cleavage is perfect in one direction. Crystals are usually translucent to transparent. Brazilianite crystals appear frequently striated.

Brazilianite was discovered in 1942 at Córrego Frio mine, Linópolis, Divino das Laranjeiras, Minas Gerais, Brazil. By 1945 all would know it as Brazilianite. Brazil, notably Conselheira Pena, Minas Gerais, remains the principal source of gem quality material in crystals up to large sizes. The Palermo and the Charles Davis mines in Grafton County, New Hampshire and sites in Yukon, Canada also yield fine but smaller specimens.

(Book of Stones by Simmons and Ahsian): According to Metaphysical belief – This phosphate carries the vibrational energy of the ancient civilization of Atlantis. It possesses association with the creative power and force of directed and focused will. The Atlantean energies, when focused through one’s own consciousness, can assist one in extraordinary acts of creativity and manifestation.

Brazilianite stimulates one’s creative capacity and expression. This phosphate can help one feel more passionate about life and more willing to take the risks to manifest one’s dreams. It helps one feel empowered and to abandon victim roles and manipulation of others. Brazilianite assists one in releasing resentment, anger or other ego-based emotions. It helps one overcome fears of being judged by others.