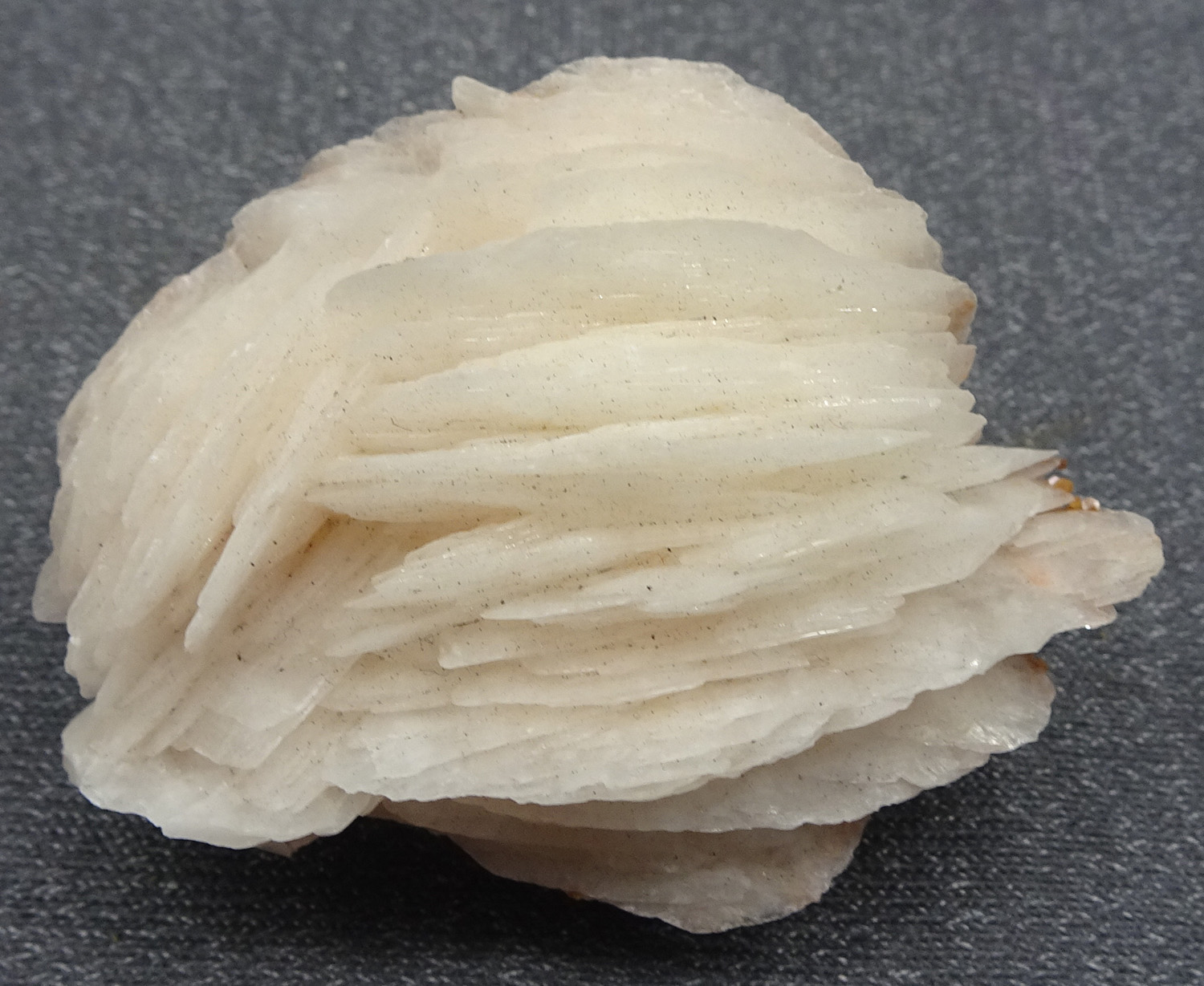 Barite – a special mineral for Collectors

Barite/Baryte (BaSO4) is a Barium Sulfate mineral. It is well-known for its great range of colors and varied crystal forms and habits. It is an immensely popular mineral among collectors. Barite is easily identifiable by its heavyweight since most similar minerals are much lighter. Barite often replaces other minerals, and may even replace organic materials such as wood, shells, and fossils. It sometimes forms tufaceous mounds from the deposition of hot, barium-rich springs. For the last 100 years or so, this mineral has always been spelled “Barite” in the United States. In the United Kingdom, the spelling has traditionally been “Baryte”. Barite specimens from certain locations are brown from sand inclusions and may occur in beautiful rosette aggregates that strikingly resemble a flower. These are known as Barite “Desert Roses“. The mineral Gypsum also contains similar Desert Roses, but the Gypsum roses are much lighter in weight and are more brittle and thin. Barite is isomorphous and very similar in form with the mineral Celestine, and may partially replace it.

Crystal Forms: Crystals are tabular, prismatic, and as grainy, platy, and coxcomb aggregates. Individual crystals are often twinned and can be quite large. May also be massive, nodular, fibrous, stalactitic, and as perfect rosettes. Crystals may occasionally contain phantom growths.

Environment: This occurs in sedimentary rock layers and in hydrothermal and mesothermal metal ore veins.

Barite is the main ore of the element barium. It is also important in the manufacture of paper and rubber. Barite is also used in radiology for x-rays of the digestive system. When crushed, it is added to mud to form barium mud, which is poured into oil wells during drilling.